To share your memory on the wall of Wilfred Geddes, sign in using one of the following options:

Print
Wilfred (Bill) Geddes of Bayville, NJ was surrounded by his loving family upon his passing into heaven on September 17th, 2019.

Bill was born in Brooklyn, NY to parents Wilfred and Edith Geddes. He grew up in Rahway, NJ and joined the ... Read More
Wilfred (Bill) Geddes of Bayville, NJ was surrounded by his loving family upon his passing into heaven on September 17th, 2019.

Bill was born in Brooklyn, NY to parents Wilfred and Edith Geddes. He grew up in Rahway, NJ and joined the Navy during the Korean War, where he was honorably discharged after 4 years of service. He attended school where he trained as a tool and dye maker.

Bill enjoyed fishing, boating, golfing and making wine. He was a member of the senior golf club, Fish Hawks, Elks, St. Vincent dePaul, a third Knight of the Knights of Columbus and a parishioner of St. Barnabas Church.
Bill adored his wife and was deeply devoted to his family. He attended every event in which the grandchildren were involved. He was thrilled to hold his first great grandchild, Jack Wilfred immediately after his birth.
One of Bill’s greatest joys was to bless his family with parsley and water at holidays and special occasions. Anyone who was in attendance at these events were considered “family” after the blessing. As Bill would say,
“May the good Lord bless you with health and happiness.”

A viewing will be held on Friday, September 20, 2019 from 4pm – 8pm at Mastapeter Funeral Home, 270 Atlantic City Blvd. Bayville, NJ 08721. Funeral will take place on Saturday Sept. 21st. Family and friends may gather at the funeral home at 8:30am before leaving to celebrate an 9:30am Funeral Mass at Saint Barnabas Church in Bayville. Burial will immediately follow to St. Mary’s Cemetery in Rahway, NJ.

In lieu of flowers donations in Bill’s memory made to St. Jude Children’s Research Hospital at www.stjude.org would be greatly appreciated.
Read Less

To send flowers to the family or plant a tree in memory of Wilfred Geddes, please visit our Heartfelt Sympathies Store.

Receive notifications about information and event scheduling for Wilfred

You will receive any future notification messages.
Print

We encourage you to share your most beloved memories of Wilfred here, so that the family and other loved ones can always see it. You can upload cherished photographs, or share your favorite stories, and can even comment on those shared by others.

Posted Nov 04, 2019 at 09:19am
Bill and Fran are my parents' good friends and neighbors. Many people throw the word "friend" around so casually, but over the years, Bill (and Fran!) have been the truest kind to both of my parents, especially in the aftermath of Hurricane Sandy. More recently, they have been a blessing and a real source of friendship and support to my mom during our father's long-term illness and recent passing. I have only had the pleasure of enjoying Bill's company a few times, but on each of those occasions, I found him to be such an effervescent spirit! He was someone who seemed to really enjoy life, and his affection for Fran was so evident. A good man, Bill seemed to bask in the company of family and friends, and was devoted to both as well as to his church. He was both welcoming and gregarious, and his laughter was infectious, especially in response to a good joke! Our family is shocked and brokenhearted to learn of his sudden passing and extend our heartfelt prayers and sympathy to his family and friends.
Comment Share
Share via: 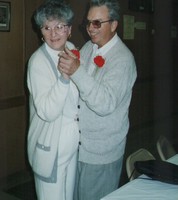 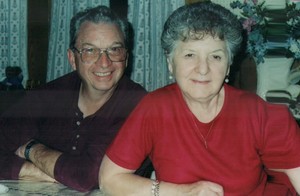 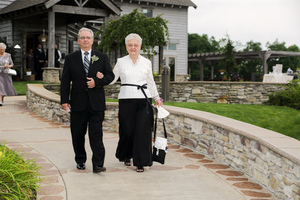