To share your memory on the wall of Thomas Rexdale, sign in using one of the following options:

Thomas served in the US Army from 1968-1970 as a Chaplain’s Assistant. In 1970, after his military service, he moved to New York City for vocal study with Bernard Taylor of Julliard and Enzo Dell Orefice, who had been a coach and accompanist to Enrico Caruso.

Receiving his master’s degree in Vocal Pedagogy from Columbia University in 1972, he was a professional singer for the next twenty years performing under the conductors Leonard Bernstein, Pierre Boalez, and composers Stephen Sondheim and Aaron Copeland. He was a professor at New York University, and president of the New York Singing Teachers Association from 1984-1987. He was a church soloist over 30 years in Illinois, Louisiana and New York City.

In 1990, Tom moved from NYC to Red Bank, NJ where he owned and operated his own vocal studio. He moved to Toms River in 2005 where he taught until his passing.

Tom was predeceased by his parents. Surviving are his daughter Amy Pizzimenti and her husband Vincent, his beloved life companion Ethel S. Moore and her children, Grieg Moore and his wife Jennifer, Sheridan Moore, and his many grandchildren and great grandchildren.

A memorial gathering will be offered on August 10th, Saturday from 2-4pm with a prayer service at 3:45pm in Mastapeter Funeral Home, 270 Atlantic City Blvd, Bayville, NJ 08721.

In lieu of flowers, donations in Thomas’s memory made to St. Joseph’s Indian School at www.stjo.org would be greatly appreciated.
Read Less

To plant a memorial tree in honor of Thomas Rexdale, please visit our Heartfelt Sympathies Store.

We encourage you to share your most beloved memories of Thomas here, so that the family and other loved ones can always see it. You can upload cherished photographs, or share your favorite stories, and can even comment on those shared by others.

Plant a Tree in Memory of Thomas
Plant a tree 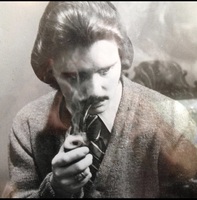