To share your memory on the wall of Mijoaja Youn, sign in using one of the following options:


Surviving are her husband James S.; two sons, James and George and his wife Deonna; three grandchildren, Justin, Jasmine, and Jaiden; sister Chun with her children Alena and Ray; brother John with his children Tony and Mimi; brother Yun N. and his wife Ann with their son Tommy; brother Jack and his wife Susan J. with their children Henry and Jennifer. Mijoaja’s family tree also includes countless number of extended family in the United States and South Korea.


Visiting hours will be Tuesday, Feb. 18th, from 11am to 1pm at the Mastapeter Memorial Home, 270 Atlantic City Blvd., Bayville. A Prayer Service will be offered at 1pm in the funeral home. The burial will follow to Whiting Memorial Park, Whiting.
Read Less

To send flowers to the family or plant a tree in memory of Mijoaja Youn, please visit our Heartfelt Sympathies Store.

Receive notifications about information and event scheduling for Mijoaja

We encourage you to share your most beloved memories of Mijoaja here, so that the family and other loved ones can always see it. You can upload cherished photographs, or share your favorite stories, and can even comment on those shared by others. 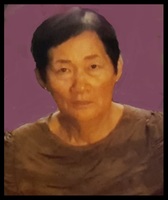 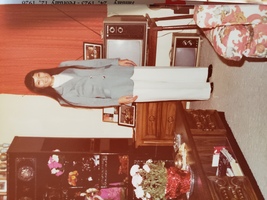