To share your memory on the wall of Francis Del Vecchio, sign in using one of the following options:

A Memorial Gathering for relatives and friends will be offered on, Saturday, Jan. 18th, from 11am to 1pm at the Mastapeter Memorial Home, 270 Atlantic City Blvd., Bayville. In lieu of flowers, donations in Francis’s memory to your favorite charity, would be appreciated.
Read Less

To send flowers to the family or plant a tree in memory of Francis "Frank" Del Vecchio, please visit our Heartfelt Sympathies Store.

Receive notifications about information and event scheduling for Francis

We encourage you to share your most beloved memories of Francis here, so that the family and other loved ones can always see it. You can upload cherished photographs, or share your favorite stories, and can even comment on those shared by others.

Posted Jan 12, 2020 at 09:05am
Francis was an amazing man, who loved life and his family deeply. I feel very lucky to have been able to get to know Francis and enjoy a few meals along the way - we had a shared passion for sweets and a good meal. We would often plan our next ice cream adventure while eating an ice cream on his porch in Maine! My life is better for having known him and I will think of him often with love.
Miss you Uncle Frank ♥️
Comment Share
Share via: 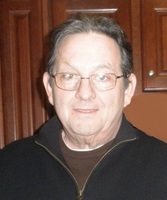