We would like to offer our sincere support to anyone coping with grief. Enter your email below for our complimentary daily grief messages. Messages run for up to one year and you can stop at any time. Your email will not be used for any other purpose.

Share a memory
Obituary & Services
Tribute Wall
Read more about the life story of Robert and share your memory.

Robert J. Steinhoff, 79, of Bayville passed away peacefully at home with his loving wife at his side, on December 16, 2022. Born and raised in Newark, he has been a resident of Bayville for over 30 years. Robert was self employed in designing and manufacturing of giftware products. He also assisted and was a representative in manufacturing of giftwares for other various companies. Mr. Steinhoff had proudly served his country in the US Navy during the Cuban Missile Crisis. Robert was an avid collector and researcher of precious stones, minerals and fossils.

Surviving are his wife, Iola, his son Robert, Jr. and daughter Sherry Lynn; His two stepsons, Jim Blaszka and his companion Sue and Chris Blaszka and his wife Mary. Also surviving is his seven grandchildren, a great granddaughter and his sister Beatrice Steinhoff.

Funeral Services with Military Honors will be private with the family. In lieu of flowers, expressions of condolences would be appreciated in Robert's memory to: St. Jude Children's Research Hospital (www.stjude.org).  Mastapeter Memorial Home in Bayville is in charge of arrangements.

To send flowers to the family or plant a tree in memory of Robert J Steinhoff, please visit our floral store. 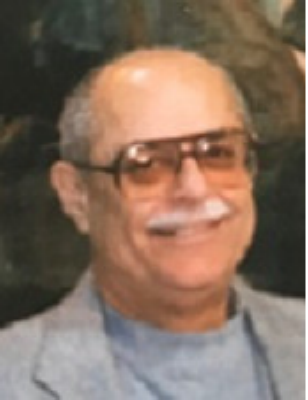 Look inside to read what others
have shared
Family and friends are coming together online to create a special keepsake. Every memory left on the online obituary will be automatically included in the book.

Look inside to read what others have shared

Family and friends are coming together online to create a special keepsake. Every memory left on the online obituary will be automatically included in the book.

You can still show your support by sending flowers directly to the family, or by planting a memorial tree in the memory of Robert J Steinhoff
SHARE OBITUARY
© 2023 Mastapeter Memorial Home Inc.. All Rights Reserved. Funeral Home website by CFS & TA | Terms of Use | Privacy Policy | Accessibility