To share your memory on the wall of Richard Caivano, sign in using one of the following options:

Surviving are; his wife Elaine of 50 years, his son Richard, daughter Jocelyn and her husband Jesse; five grandchildren, Alyssa, Kayla, Jason, Joseph and Niko; his brother, Tony Cospito and his wife Donna. His sister, Letitia Robbins and her husband Dave and his sister in law MaryAnn Walsh. Also surviving are his many loving nieces and nephews.

Funeral services are private with the family under the direction of Mastapeter Memorial Home in Bayville.
Read Less

To send flowers to the family or plant a tree in memory of Richard Caivano, please visit our Heartfelt Sympathies Store.

Receive notifications about information and event scheduling for Richard

We encourage you to share your most beloved memories of Richard here, so that the family and other loved ones can always see it. You can upload cherished photographs, or share your favorite stories, and can even comment on those shared by others.

Posted May 13, 2020 at 06:41am
Richie I still remember the 1st day we met at the Cospito's I was like 12. You were always very kind, especially when we were at work. We were always laughing and busting each others chops! REST EASY BROTHER until we meet again. You will be missed!
Comment Share
Share via:
JO

Posted May 12, 2020 at 09:34pm
Richie you were one of a kind Great Backup Cop! LOTS OF LAUGHS YOU AND ME SERVING WARRANTS IN THE WARRANT SQUAD YOU WILL B MISSED TILL WE MEET AGAIN.

Posted May 12, 2020 at 07:25pm
My deepest sympathy... Richard was one of a kind and a great man to many who knew him. He will be missed by many. Thoughts and prayers to the family.

Posted May 12, 2020 at 06:46pm
My deepest sympathy to the Caivano Family. Richie was a great father, husband and friend to all who knew him. Richie always looked out for everyone in the North Bergen Community. I am so happy to have had the privilege of knowing such a kind hearted person. RIP Richie you will be missed. 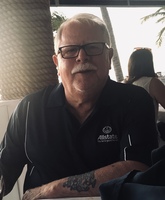