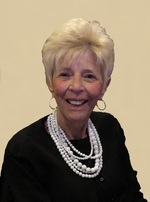 Lucille Altieri, 78, of Barnegat, passed away peacefully on September 17, 2019 with her children at her side. Born and raised in Belleville, she moved to Bayville in 1974, also lived in Whiting before moving to Barnegat 4 years ago. Lucille was in the Banking Industry many years. She then worked for the Board of Education of Berkeley Township as school bus driver. She also was receptionist for 10 years at her daughter’s chiropractic office, Altieri Chiropractic in Bayville. Lucille loved spending time with her family, and she enjoyed playing cards and bocce. She was predeceased by her husband Anthony, Sr. in 1990 and by her sister Marianne Barbella.