Obituary for John A. Choma 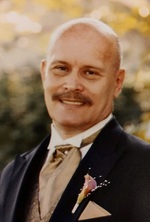 John A. Choma,69 of Beachwood ,NJ passed away Thursday, July 2nd, after a battle with lung cancer. Born in the Bronx in 1951, he moved to Toms River in 1965 and to Beachwood in 1980. John worked as an electrician for many years, most recently Port Authority of NY/NJ before retirement. He was most proud of his children and his beloved grandchildren.

John is predeceased by his father Stephen and his mother Lillian. He is survived by his bride of 43 years, Alice Choma; his son and daughter and their spouses, Steve and Adrienne Choma, and Laura and Doug Florek; and 5 grandchildren, Douglas, Allison, James, Amelia, and Nathan. He also leaves behind his sister Susan Rich, and nieces and nephews as well as many extended family members .

A private burial with his immediate family will be held at St. Joseph's Cemetery. The family would like to thank Compassionate Care Hospice of Toms River, New Jersey for their dedication, compassion and services. Mastapeter memorial Home, Bayville is in charge of arrangements