To share your memory on the wall of James Galanaugh, sign in using one of the following options:

He attended Drexel University studying mechanical engineering. Jim spent 29 years with General Electric, retiring as Plant Manager, Paterson Gear Motor. He lived in Totowa, NJ for 23 years before retiring to Bayville in 1996. He was a communicant of St. Barnabas Church in Bayville, where he served as a lector and was also a member of the Knights of Columbus. Jim was an avid boater and fisherman and spent many a happy day participating in tournaments with the Jersey Coast Anglers. His gardening skills ensured a steady supply of Jersey tomatoes. Swimming kept him fit and strong all his life. Jim was a dedicated Eagles fan. He and Father Stas were probably the only 2 Eagles fans in the parish. He could fix anything…plumbing, electrical, automotive – a jack of all trades.

Jim was first and foremost a dedicated family man and role model of faith, loved by one and all for his caring, supportive nature. Surviving Jim are his wife of 64 years, Regina (nee Desmond), and five children, Maureen and her husband David W. Boyle of Indianapolis, IN; Margaret and her husband, Ed Deverell of Little Silver; James and his wife Catherine (Sirvidio) of Totowa; Daniel and his wife Becky (Andreatta) of Bend, OR; Gail and her husband Kevin Ferguson of Flemington and his devoted grandchildren, Sarah, Doug, Becky, Frannie, Laura (Boyle), Connor, Chris (Deverell), James, Thomas (Galanaugh), Nicole Autry, Briana, Brendan (Galanaugh) and great-grandchildren, Ava, Adam and Delaney, four nephews and a niece. He was predeceased by his son-in-law, Stephen F. Costello, his parents James and Anna (nee Connell) and his sisters Mildred Leahy and Rita McKeefery and nephew Michael McKeefery.

There will a viewing on Wednesday, August 5th, from 1pm to 3pm (mask must be worn & 50 people maximum) at the Mastapeter Memorial Home, 270 Atlantic City Blvd., Bayville. On Thursday, August 6th, relatives and friends are kindly invited to celebrate the Mass of Christian Burial at 10:30 am at St. Barnabas Church, 33 Woodland Road, Bayville. Burial will follow at 12:30 pm at Brigadier General William C. Doyle Veterans Memorial Cemetery at 350 Province Line Rd., Wrightstown, NJ. In lieu of flowers, donations in Jim’s memory to the Knights of Columbus, St. Barnabas Council # 8603, 33 Woodland Rd. Bayville, NJ 08721 (www.kofc8603), would be appreciated.
Read Less

To send flowers to the family or plant a tree in memory of James "Jim" Galanaugh Jr., please visit our Heartfelt Sympathies Store.

Receive notifications about information and event scheduling for James

We encourage you to share your most beloved memories of James here, so that the family and other loved ones can always see it. You can upload cherished photographs, or share your favorite stories, and can even comment on those shared by others.

Guaranteed hand delivery by a local florist
YA

Posted Aug 05, 2020 at 01:55pm
As you grieve know that we are remembering you and honoring the memory of "James Galanaugh". Our deepest condolences on the loss of a special man.

Flowers were purchased for the family of James Galanaugh. Send Flowers

Posted Aug 03, 2020 at 03:40pm
Will miss you my dear friend. You were like a brother to me and will always remember the great times we had together. God bless. 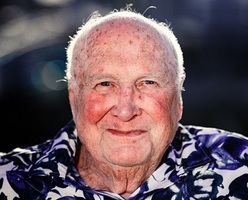 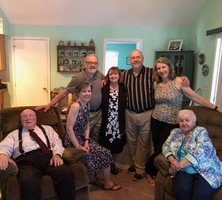 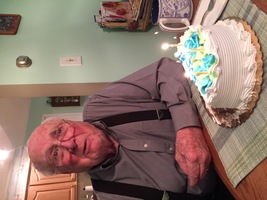