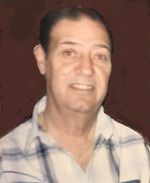 Frank Peter Zito, Jr., 74, of Beachwood, died peacefully at home with his loving family by his side. Affectionately known as “Old Man”, Frank was born and raised in New Brighton, Staten Island, NY. Resided in the Annandale section of Staten Island before moving to Howell, NJ then moved to Beachwood NJ in 1998. Mr. Zito was in the banking business as a finance officer and mortgage consultant in Staten Island for many years. He proudly served his country in the US Navy aboard the USS Venture during the Vietnam War era. He was a Past Vice Commander for Ocean County, and member of the American Legion Post 129 of Toms River. He also enjoyed fishing and his trips to A/C.

Surviving are his wife of 50 years, Mariann; his son, Frank, his daughter Lisa Gugger and her husband Robert; his loving grandchildren, Ashley and Joseph and his cherished great grandson, Carson Michael.

Visiting hours will be Tuesday, Mar. 10th, from 2pm-4pm and 7pm-9pm, with a Prayer Service at 8pm, at the Mastapeter Memorial Home, 270 Atlantic City Blvd., Bayville. Funeral Wednesday, 11am at the funeral home before leaving at 12 noon for the New Jersey Veterans Memorial Cemetery in Wrightstown Chapel committal service at 1pm. In lieu of flowers, donations in Franks memory to; American Diabetes Association, (diabetes.org), would be appreciated.