To share your memory on the wall of Frank Zito, sign in using one of the following options:

Surviving are his wife of 50 years, Mariann; his son, Frank, his daughter Lisa Gugger and her husband Robert; his loving grandchildren, Ashley and Joseph and his cherished great grandson, Carson Michael.

Visiting hours will be Tuesday, Mar. 10th, from 2pm-4pm and 7pm-9pm, with a Prayer Service at 8pm, at the Mastapeter Memorial Home, 270 Atlantic City Blvd., Bayville. Funeral Wednesday, 11am at the funeral home before leaving at 12 noon for the New Jersey Veterans Memorial Cemetery in Wrightstown Chapel committal service at 1pm. In lieu of flowers, donations in Franks memory to; American Diabetes Association, (diabetes.org), would be appreciated.
Read Less

To send flowers to the family or plant a tree in memory of Frank Zito Jr., please visit our Heartfelt Sympathies Store.

Receive notifications about information and event scheduling for Frank

You will receive any future notification messages.
Print

We encourage you to share your most beloved memories of Frank here, so that the family and other loved ones can always see it. You can upload cherished photographs, or share your favorite stories, and can even comment on those shared by others.

Flowers were purchased for the family of Frank Zito. Send Flowers

Posted Mar 09, 2020 at 02:49pm
Our deepest condolences. May god grant you strength at this most difficult time. Love Donna Leodis and Family

Flowers were purchased for the family of Frank Zito. Send Flowers

Posted Mar 07, 2020 at 09:30am
To the Zito Family, May you be comforted by the outpouring of love surrounding you. Semper Fortis! 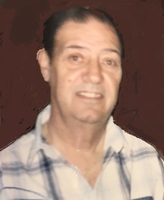