To share your memory on the wall of Eugene Quinn, sign in using one of the following options:

Gene was born in Hackensack, New Jersey, and raised in Rochelle Park by parents, Edwin and Jean Quinn. ... Read More
Eugene (Gene) Quinn, 70, of Ocean Gate, New Jersey, died on February 13, 2020, surrounded by family after a long battle with cancer.

Gene was born in Hackensack, New Jersey, and raised in Rochelle Park by parents, Edwin and Jean Quinn. He was the youngest of seven siblings, Dorothy (Joan), Edward, Gerald (Jerry), Matthew (Matt), Brian and his twin brother, William (Bill). Gene was a 1969 graduate of Hackensack High School. He worked for the family taxi company and played football and baseball growing up in Bergen County.

Following his graduation, Gene enlisted for military service and served the United States Army in the Vietnam War. He served two tours of duty and was awarded the National Defense Medal, Marksmanship Badge and Sharpshooter's Badge. Gene was honorably discharged from military service in 1975 shortly after getting married and starting a family.

Gene was very proud of his service to his country, but even more proud of his life after military service had ended. Service was, however, part of his DNA and prompted him to start a landscaping company to serve customers in North Jersey. Gene owned and operated his family business for over 35 years prior to his retirement. He took great pride in his work and commitment to his customers.

Gene was most proud though of his family. His children and grandchildren were the highlight of his life, and he made sure to play an active role in their lives. Gene was truly present in their lives and aimed to instill the same values on which he built his life.

Gene was a larger than life personality – naturally gregarious, he could light up any room. His hobbies were many: gardening, trips to the farmers market and auctions, cooking, hunting, serving as the family handyman, landscaping the homes of family members, trips to the nursery, endless searches for the best pizza, driving miles for incredible donuts, Nascar and NHRA racing, antique cars, complaining about politics, rooting for the Yankees and Giants (and later the Phillies - for his grandson), fishing, getting up at the crack of dawn – every day, and posting pictures and videos on Facebook…constantly. He will be missed by so many.

A Celebration of Life for relatives and friends will be held on Thursday, August 20, 2020 from 11:00am - 1:00pm at Mastapeter Memorial Home, 270 Atlantic City Blvd., Bayville, New Jersey. In lieu of flowers, please consider making a donation in Gene’s memory to Operation Homefront (www.operationhomefront.org).

In light of the ongoing pandemic, it is requested that all guests planning to attend wear masks. There will not be a receiving lineand guests will be expected to socially distance while inside. The family also urges anyone who is high risk, cares for anyone high risk or has any hesitation to gather, to please stay safe at home.
Read Less

To send flowers to the family or plant a tree in memory of Eugene "Gene" Quinn, please visit our Heartfelt Sympathies Store.

Receive notifications about information and event scheduling for Eugene

We encourage you to share your most beloved memories of Eugene here, so that the family and other loved ones can always see it. You can upload cherished photographs, or share your favorite stories, and can even comment on those shared by others.

Posted Aug 19, 2020 at 10:09pm
I want so much to be there tomorrow to honor Uncle Gene but I'm just not ready to travel. I'm so grateful for all the family memories with Uncle Gene. My first memory was his leaving for his military service. I don't know how old I was, maybe 10. There was so much excitement for when he was coming home. I remember writing back and forth with him while he was away. It was so neat to get overseas mail; I still have one of his letters. I remember his red Model T - my goodness we were so cool when he took us for a ride in it. It's so hard to type with the tears in my eyes, So many memories. On holidays, he would sit at the kids table with us. He was always laughing, telling jokes, goofing around. Grandma would get so mad when he would eat the ham straight out of the package and not make a sandwich (we all ate the ham straight out of the package). And the family weddings, the babies, the moves, life happened and thank goodness for my mom, she kept in touch with everyone and kept us all up to date. And then facebook happened and Uncle Gene was all about facebook. The minute something was posted, he would comment. All the young girls at Disney wanted to know who my Uncle Gene was - he was a legend.

I'm so grateful for the trip a few years ago when Uncle Gene and Maria came down to Florida. We had such a nice time. He was so precious. We would talk about faith and he would say he has no faith and I told him he did and then he'd agree with me. Then he'd say he doesn't pray and I told him, "yes, you do." and then he said "Yeah, I do." He said he didn't believe in heaven, I told him he did and then he agreed with me again. Our trip to Washington in November was such a special time. In honoring her Dad, Bonnie honored all of our Uncles and thank goodness we all shared that precious moment in time together.

One real special memory about Uncle Gene was when my husband passed away. Most of that week was a blur but I recently found a note I wrote to a friend about the time and I mentioned how my Uncle Gene was one of the first people to come to my house. He didn't know what to do or say but he just couldn't leave. He just loved me and my boys so much and he hurt for us and wanted to be a source of love and comfort for us. He also often went past the cemetery where my husband is buried and he would text me that he stopped by to visit Louie.

My heart and my love is with you all. I pray peace to all who mourn Uncle Gene. There are very big holes left in our lives when someone we love passes. We never get over the loss, yes, life goes on but the longing for them never stops. How do you accept someone that is such an important part of your life to suddenly be gone. How many thoughts still, throughout the day, bring him to mind? I'm so grateful for my faith that I know we will be together again in heaven. I pray Jesus holds you all tight today and every day as we kiss Uncle Gene goodbye for now.

Love you all, xoxoxo
Susie

Posted Mar 10, 2020 at 05:50pm
Genie ,all your dedication, care and love of plants and nature I could not think of a more fitting tribute to you ..a tree in your name ! God bless

Posted Feb 23, 2020 at 09:48pm
Gene was a very special guy. When I was racing back in the day he was always there to help with the racecar. We would work sometimes through the night to get things done to race the next day. He would come to the track with us and never complain about anything. He would just help . We sort of lost contact with each other over the years but I understand it was always that way with everyone. Bob LePage
Comment Share
Share via:
MC 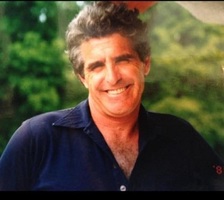 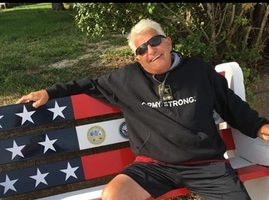