To share your memory on the wall of Bernard Sharkey, sign in using one of the following options:

Bernie is survived by; his wife Barbara Moore Sharkey, two sons, Christopher and Brian, two daughters, Patricia and Judy. A stepdaughter, Deena Petrich and stepson, James Gambo. As well as, ten grandchildren. He is survived by many nieces and nephews. He is predeceased by his brother’s; Vince, Pat, Teddy, Noel, Alfie and sister’s; Kathleen Bryne, Una Bennett and Marion Dittman.

Services will be private under the direction of Mastapeter Memorial Home in Bayville.
Read Less

To send flowers to the family or plant a tree in memory of Bernard "Dermot" Sharkey, please visit our Heartfelt Sympathies Store.

Receive notifications about information and event scheduling for Bernard

We encourage you to share your most beloved memories of Bernard here, so that the family and other loved ones can always see it. You can upload cherished photographs, or share your favorite stories, and can even comment on those shared by others.

Posted Jul 27, 2020 at 10:43am
Bernard Dermot Sharkey was born on August 19, 1931 in French Park, County Roscommon, Eire (Republic of Ireland) to Patrick Sharkey and Mary Jane McDermott Sharkey. Raised on the family farm in Ballaghaderreen with five brothers and three sisters, he immigrated to the United States in 1952. Of his first marriage to Mary Catherine Russell Sharkey (deceased) he has four surviving children, Brian Dermot Sharkey, Christopher Sharkey, Judy Ann Sharkey and Patricia Kathleen (Sharkey) Fordyce. A fifth child, daughter Mary Sharkey predeceased him, passing shortly after her birth in 1967. He leaves two natural grandchildren, Antonio Bernardo Sharkey and Catherine Elizabeth Sharkey. Of his subsequent marriages, there are surviving stepchildren and their issue. Known to his parents, siblings, nieces and nephews as Dermot, Derry or Uncle Derry, he chose later in life to be called "Bernie." Before emigrating to the United States, he played for the All Ireland Football (soccer) League and later, the West Orange, New Jersey Gaelic Football Association. Dermot was an electrician and the owner of "Sharkey Electric" in Point Pleasant Beach where he is most remembered by local residents (and tourists) for keeping the carnival lights, amusements and rides running for more than twenty years at the "Holiday Playland and Pavilion" on the Boardwalk. He was a member of St.Peter's Parish. He was known to have played golf and was fondly recalled by the theater critics for the "Point Pleasant Leader," as well as those of the St. Peter Grammar School student newspaper for his portrayal of "Linus" in the Point Parish Players 1970 stage production of "A Charlie Brown Christmas." He leaves wife Barbara Moore Sharkey of Whiting, NJ.
Comment Share
Share via:
BS

Posted Jul 25, 2020 at 10:28am
Dad,
May you be at peace with our Lord - Life was a rocky road, but you left your mark, I will always cherish the lessons (good/bad/hard/easy) you taught me and the love you shared. Enjoy your Welcome Party to West Orange-Roscommon Heaven.
Rest in Peace. 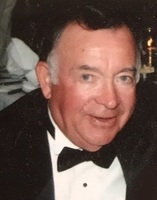 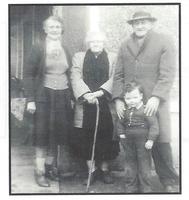